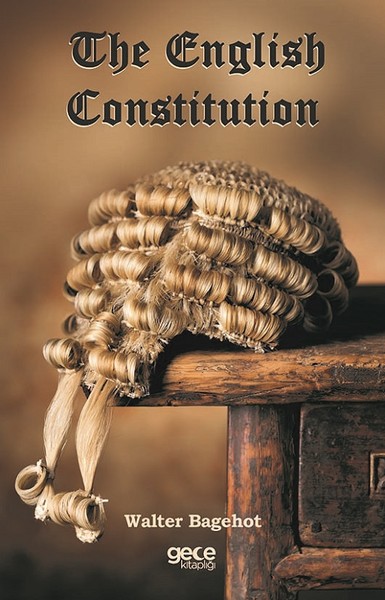 Naturally, the most striking of these illustrative changes comes from France. Since 1789 France has always been trying political experiments, from which others may profit much, though as yet she herself has profited little. She is now trying one singularly illustrative of the English Constitution. When the first edition of this book was published I had great difficulty in persuading many people that it was possible in a non-monarchical State, for the real chief of the practical executive—the Premier as we should call him—to be nominated and to be removable by the vote of the National Assembly. The United States and its copies were the only present and familiar Republics, and in these the system was exactly opposite. The executive was there appointed by the people as the legislature was too. No conspicuous example of any other sort of Republic then existed. But now France has given an example—M. Thiers is (with one exception) just the chef du pouvoir executif that I endeavoured more than once in this book to describe. He is appointed by and is removable by the Assembly. He comes down and speaks in it just as our Premier does; he is responsible for managing it just as our Premier is. No one can any longer doubt the possibility of a republic in which the executive and the legislative authorities were united and fixed; no one can assert such union to be the incommunicable attribute of a Constitutional Monarchy. But, unfortunately, we can as yet only infer from this experiment that such a Constitution is possible; we cannot as yet say whether it will be bad or good. The circumstances are very peculiar, and that in three ways. First, the trial of a specially Parliamentary Republic, of a Republic where Parliament appoints the Minister, is made in a nation which has, to say the least of it, no peculiar aptitude for Parliamentary Government; which has possibly a peculiar inaptitude for it. In the last but one of these essays I have tried to describe one of the mental conditions of Parliamentary Government, which I call "rationality," by which I do not mean reasoning power, but rather the power of hearing the reasons of others, of comparing them quietly with one's own reasons, and then being guided by the result. But a French Assembly is not easy to reason with.

Every assembly is divided into parties and into sections of parties, and in France each party, almost every section of a party, begins not to clamour but to scream, and to scream as only Frenchmen can, as soon as it hears anything which it particularly dislikes. With an Assembly in this temper, real discussion is impossible, and Parliamentary government is impossible too, because the Parliament can neither choose men nor measures. The French assemblies under the Restored Monarchy seem to have been quieter, probably because being elected from a limited constituency they did not contain so many sections of opinion; they had fewer irritants and fewer species of irritability. But the assemblies of the '48 Republic were disorderly in the extreme. I saw the last myself, and can certify that steady discussion upon a critical point was not possible in it. There was not an audience willing to hear. The Assembly now sitting at Versailles is undoubtedly also, at times, most tumultuous, and a Parliamentary government in which it governs must be under a peculiar difficulty, because as a sovereign it is unstable, capricious, and unruly.