The Impossible Has Happened: The Life and Work of Gene Roddenberry Creator...

The Impossible Has Happened: The Life and Work of Gene Roddenberry Creator of Star Trek 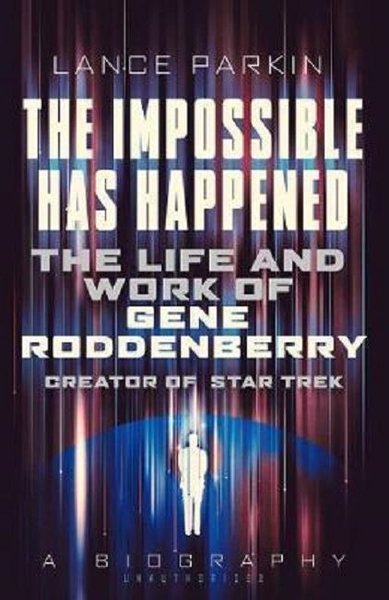 The Impossible Has Happened: The Life and Work of Gene Roddenberry Creator of Star Trek Kitap Açıklaması

In May 2017, after waiting over a decade, Star Trek fans worldwide will be glued to their screens watching the debut of the new series, Star Trek: Discovery. In this biography, newly released in paperback, Lance Parkin, author of Aurum's acclaimed Magic Words: The Extraordinary Life of Alan Moore, will go in search of the show's creator, Gene Roddenberry, revealing new and fascinating facts about both the man and the franchise he created.

This book will reveal how an undistinguished writer of cop shows set out to produce 'Hornblower in space' and ended up with an optimistic, almost utopian view of humanity's future that has been watched and loved by hundreds of millions of people around the world.
Along the way Lance will examine some of the great myths and turning points in the franchise's history, and Roddenberry's particular contribution to them. He will look at the truth in the view that the early Star Trek advanced a liberal, egalitarian and multi-racial agenda, chart the various attempts to resuscitate the show during it's wilderness years in the 1970s, explore Roddenberry's initial early involvement in the movies and spin-off Star Trek: The Next Generation (as well as his later estrangement from both), and shed light on the colourful personal life, self-mythologising and strange beliefs of a man who nonetheless gifted popular culture one if its most enduring narratives.