The Oldest Code Of Laws In The World

The Oldest Code Of Laws In The World 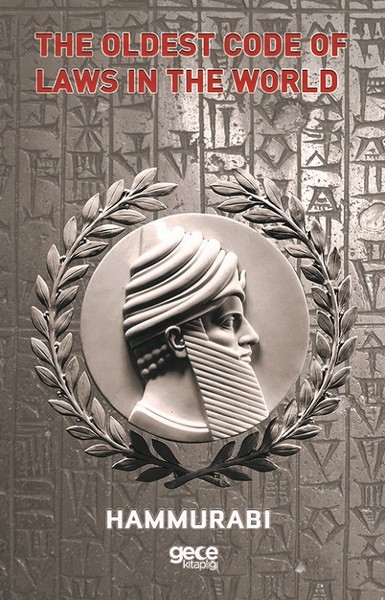 The Oldest Code Of Laws In The World Kitap Açıklaması

“The discovery and decipherment of this Code is the greatest event in Biblical Archæology for many a day.  A translation of the Code, done by Mr. Johns of Queens’ College, Cambridge, the highest living authority on this department of study, has just been published by Messrs. T. & T. Clark in a cheap and attractive booklet.  Winckler says it is the most important Babylonian record which has thus far been brought to light.”—The Expository Times.

“The Code of Hammurabi is one of the most important monuments in the history of the human race.  Containing as it does the laws which were enacted by a king of Babylonia in the third millennium B.C., whose rule extended over the whole of Mesopotamia from the mouths of the rivers Tigris and Euphrates to the Mediterranean coast, we must regard it with interest.  But when we reflect that the ancient Hebrew tradition ascribed the migration of Abraham from Ur of the Chaldees to this very period, and clearly means to represent their tribe father as triumphing over this very same Hammurabi (Amraphel, Gen. xiv. 1), we can hardly doubt that these very laws were part of that tradition.  At any rate, they must have served to mould and fix the ideas of right throughout that great empire, and so form the state of society in Canaan when, five hundred years later, the Hebrews began to dominate that region.

Such was the effect produced on the minds of succeeding generations by this superb codification of the judicial decisions of past ages, which had come to be regarded as ‘the right,’ that two thousand years and more later it was made a text-book for study in the schools of Babylonia, being divided for that purpose into some twelve chapters, and entitled, after the Semitic custom, Nînu ilu sirum, from its opening words.  In Assyria also, in the seventh century b.c., it was studied in a different edition, apparently under the name of ‘The Judgments of Righteousness which Hammurabi, the great king, set up.’  These facts point to it as certain to affect Jewish views before and after the Exile, in a way that we may expect to find as fundamental as the Babylonian influence in cosmology or religion.”