The Shock Doctrine: The Rise of Disaster Capitalism

The Shock Doctrine: The Rise of Disaster Capitalism 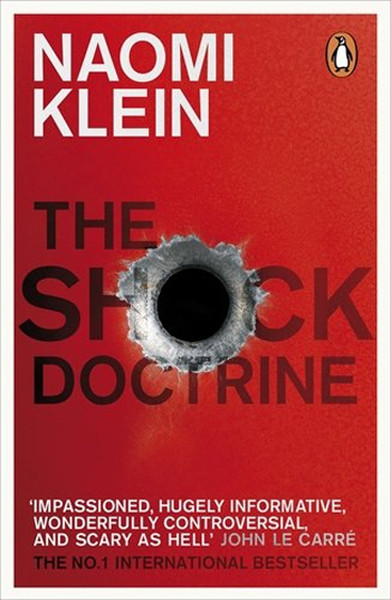 From the bestselling author of "No Logo", Naomi Klein's "The Shock Doctrine: The Rise of Disaster Capitalism" cracks open the secret history of our era to look at how from a privileged few are making millions from worldwide devastation. Around the world in Britain, the United States, Asia and the Middle East, there are people with power who are cashing in on chaos; exploiting bloodshed and catastrophe to brutally remake our world in their image. They are the shock doctors. Exposing these global profiteers, Naomi Klein discovered information and connections that shocked even her about how comprehensively the shock doctors' beliefs now dominate our world - and how this domination has been achieved. Raking in billions out of the tsunami, plundering Russia, exploiting Iraq - this is the chilling tale of how a few are making a killing while more are getting killed. "Packed with thinking dynamite ...a book to be read everywhere". (John Berger). "If you only read one non-fiction book this year, make it this one". ("Metro Books of the Year"). "There are a few books that really help us understand the present. The Shock Doctrine is one of those books". (John Gray, "Guardian"). "A brilliant book written with a perfectly distilled anger, channelled through hard fact. She has indeed surpassed No Logo". ("Independent"). Naomi Klein is an award-winning journalist, author and filmmaker. Her first book was the international bestseller "No Logo: Taking Aim at the Brand Bullies", called 'a movement bible' by "The New York Times". "The Shock Doctrine" has been translated into more than twenty languages.