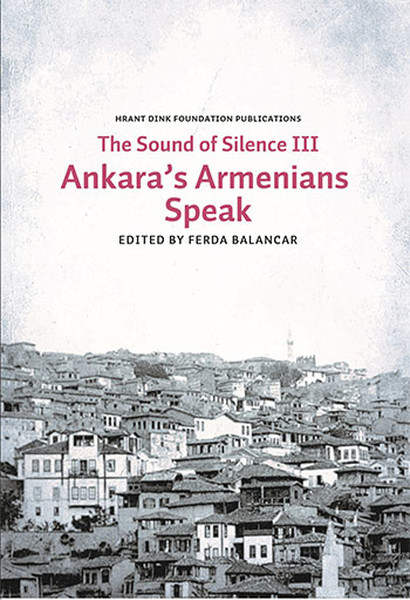 The oral history studies of Hrant Dink Foundation, which are going on since 2011, focused on Ankara Armenians for 2013. The book, which comprises 10 interviews with the Armenians of Ankara, also includes a foreword by Raymond H. Kévorkian and concluding remarks by Özgür Bal. "Just before the First World War, half of the Armenian population of Ankara county (28.858 in sum), was living in the administrative center, Ankara. The distinguishing aspect of the Ankara community was the ratio of Catholics: according to the 1914 census, 11.246 Armenians of the town were making up p of the population. Another distinguishing feature was their preference for using Armenian script to write Turkish and their use of Turkish as vernacular. (…)

The educational infrastructure of the city was also developed: Six establishments of Catholics (1.200 students), three schools and colleges of Apostolics (400 students), two vocational schools, two kindergartens and two establishments belonging to Protestants. On the other hand, a rather large portion of the population was still speaking Turkish; the advancement of the Armenian language was slow (…) Around the beginning of September 1915, the Armenians of Ankara; women, children, elderly, Apostolic or Catholic, were taken out of their houses, which were sealed earlier by the police. The crowd, thousands in number, was brought together in the train station outside the city. They stayed there at least for 25 days. This time period was enough to seize their possessions and persuade the most attractive young women to convert to Islam and marry a Muslim. Those who accepted the offer were allowed to go back to the city, those who did not were eventually sent to Eskişehir and Konya, later joining the deportation line going to Syria.

Throughout the first years of the Turkish Republic, a number of emigrees from inner counties (some of whom had to relocate because of unsafe conditions in some counties) settled in Ankara. Some of them became Muslims and some of them married Turkish inhabitants of the city with a special license granted by the administration. There were some who managed to obtain the administrative document which would allow them to settle in Ankara; this was, however, only possible on the condition that they would convert to Islam. A large proportion of the narratives on the following pages belong most probably to the members of such familie
(Tanıtım Bülteninden)