The Ultimate Hitchhiker's Guide to the Galaxy: The Complete Trilogy in Five...

The Ultimate Hitchhiker's Guide to the Galaxy: The Complete Trilogy in Five Parts 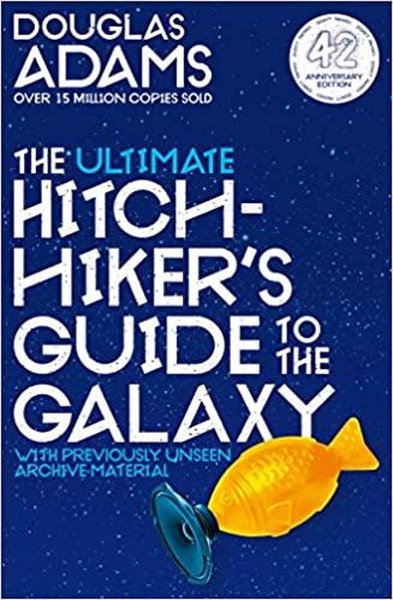 The Ultimate Hitchhiker's Guide to the Galaxy: The Complete Trilogy in Five Parts  Kitap Açıklaması

A phenomenon across all formats, this 42nd anniversary paperback omnibus contains the complete Hitchhiker's Guide trilogy in five parts, charting the whole of Arthur Dent's odyssey through space and time. Share and enjoy.

Collected together in this omnibus are the five titles that comprise Douglas Adams' wildly popular and wholly remarkable comedy science fiction 'trilogy', introductions to each book, expanded material from the Douglas Adams archives plus a bonus short story, Young Zaphod Plays It Safe, and a special undeleted scene . . .

There is a knack to flying. The knack lies in learning how to throw yourself at the ground and miss. It's not an easy thing to do, and Arthur Dent thinks he's the only human who's been able to master this nifty little trick - until he meets Fenchurch, the woman of his dreams. Fenchurch once realised how the world could be made a good and happy place. Unfortunately, she's forgotten. Convinced that the secret lies within God's Final Message to His Creation, they go in search of it. And, in a dramatic break with tradition, actually find it . . .