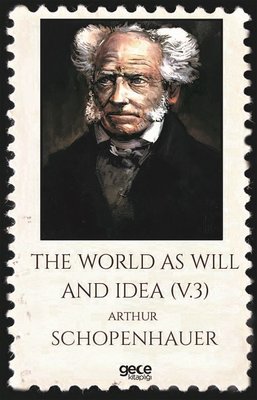 The World As Will And Idea Volume 3

The World As Will And Idea Volume 3 Kitap Açıklaması

“...If the intellect were not of a subordinate nature, as the two preceding chapters show, then everything which takes place without it, i.e., without intervention of the idea, such as reproduction, the development and maintenance of the organism, the healing of wounds, the restoration or vicarious supplementing of mutilated parts, the salutary crisis in diseases, the works of the mechanical skill of animals, and the performances of instinct would not be done so infinitely better and more perfectly than what takes place with the assistance of intellect, all conscious and intentional achievements of men, which compared with the former are mere bungling. In general nature signifies that which operates, acts, performs without the assistance of the intellect. Now, that this is really identical with what we find in ourselves as will is the general theme of this second book, and also of the essay, “Ueber den Willen in der Natur.” The possibility of this fundamental knowledge depends upon the fact that in us the will is directly lighted by the intellect, which here appears as self-consciousness; otherwise we could just as little arrive at a fuller knowledge of it within us as without us, and must for ever stop at inscrutable forces of nature. We have to abstract from the assistance of the intellect if we wish to comprehend the nature of the will in itself, and thereby, as far as is possible, penetrate to the inner being of nature...”

The World As Will And Idea Volume 3