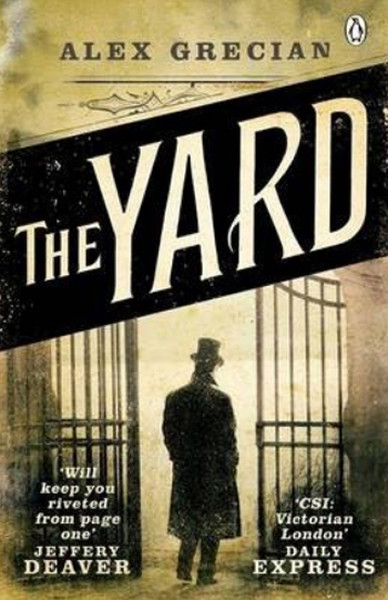 Victorian London-a violent cesspool of squalid depravity. Only twelve detectives-The Murder Squad-are expected to solve the thousands of crimes committed here each month. Formed after the Metropolitan Police's spectacular failure in capturing Jack the Ripper, the Murder Squad suffers the brunt of public contempt. But no one can anticipate the brutal murder of one of their own…

A Scotland Yard Inspector has been found stuffed in a black steamer trunk at Euston Square Station, his eyes and mouth sewn shut. When Walter Day, the squad's new hire, is assigned to the case, he finds a strange ally in Dr. Bernard Kingsley, the Yard's first forensic pathologist. Their grim conclusion: this was not just a random, bizarre murder but in all probability, the first of twelve. Because the squad itself it being targeted and the devious killer shows no signs of stopping before completing his grim duty. But Inspector Day has one more surprise, something even more shocking than the crimes: the killer's motive.