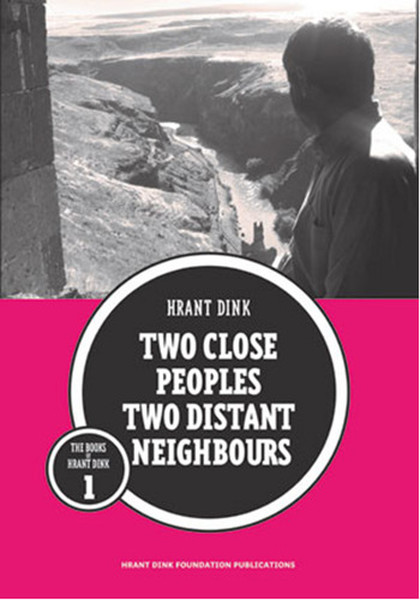 İngilizce
Hrant Dink never wrote a book. He also used make fun of this saying, "I am an author without any books". Of course this joke also indicates an important reality: Hrant was a man of action in the genuine sense of the word. As the founder and Editor-in-Chief of AGOS not only did he develop discourses and actions concerning the most deep-rooted problems of Turkey, beginning with Turkish-Armenian relations but he also contributed to the democratisation process.

Developing discourse and action pertaining to all the issues with regard to the democratisation process of Turkey, particularly the Turkish-Armenian relations; with this study, Hrant Dink, while searching for ways in which Turkey and Armenia could become neighbours to one another in the genuine sense of the word, puts forward the means of mending the past with a perspective focusing on today and the future and a tone that pays attention to mutual dignity.

This study he has undertaken for the Turkish Economic and Social Studies Foundation (TESEV) has the specialty of being the only book he has found the opportunity to complete. In this work Hrant Dink presents a brand new perspective aspiring to also mend the past with the common future he has built regarding Turkey and Armenia. Even though it had not been possible for the book to be published at that time, this was not an issue for him... Toil was toil, hence it would not go to waste. Anyway, there would be lots of time to make new additions...

His labour is at the same time his all purpose. Understanding Hrant Dink's purpose now, is more important than ever before. So that neither life nor death will go to waste...
(Tanıtım Bülteninden)