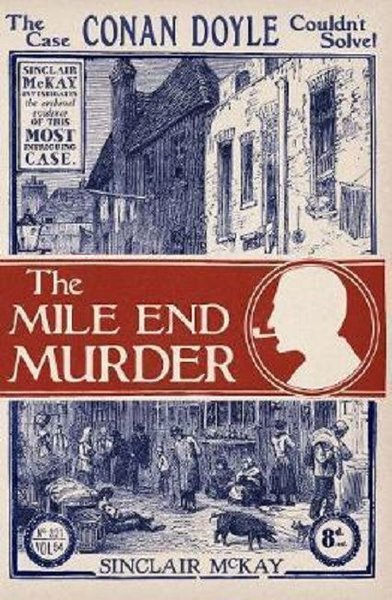 'A fascinating book, by turns riveting and unsettling, and wonderfully rich in period detail.' Craig Brown, Mail on Sunday

In 1860, a 70 year old widow turned landlady named Mary Emsley was found dead in her own home, killed by a blow to the back of her head.

What followed was a murder case that gripped the nation, a veritable locked room mystery which baffled even legendary Sherlock Holmes author, Arthur Conan Doyle. With an abundance of suspects, from disgruntled step children concerned about their inheritance and a spurned admirer repeatedly rejected by the widow, to a trusted employee, former police officer and spy, the case led to a public trial dominated by surprise revelations and shock witnesses, before culminating with one of the final public executions at Newgate.

This is the case Conan Doyle couldn't solve and, after confounding the best detectives for years, has finally be solved by author Sinclair McKay. Discover 'whodunit' as the real murderer is revealed for the first time exclusively in this captivating study of a murder case in the nineteenth century, a story never told before.