Living in the Ottoman Lands: Identities Administration and Warfare

Living in the Ottoman Lands: Identities Administration and Warfare 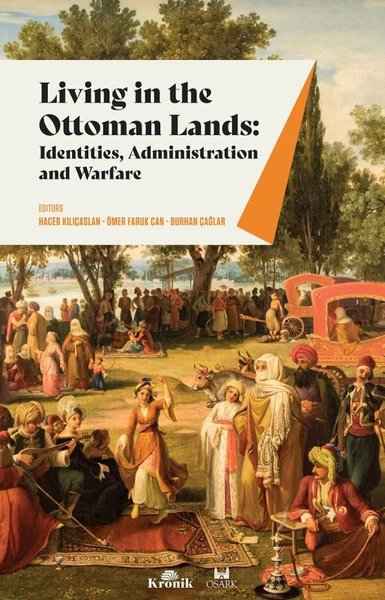 The long and elaborate past of the Ottoman Empire, encompassing a wide geographical area, presents a mosaic of knowledge and acquisition of experience. Upon this complicated and plural nature, Ottoman history looks like a puzzle that requires a wealth of skills and approaches to decipher. The foremost step to achieve this sophisticated task is to go beyond the borders of formalistic narratives and gain a multiplicity of perspectives through collaborative studies. This book is one of the outputs of such cooperation toward a more comprehensive Ottoman historiography.

The first part, entitled “Religious Identities, Intercommunal Relations and Social Life”, focuses on the communal structure of the Ottoman society. In this part, the transformation of the multilingual, multi-ethnic, and multi-religious empire and of the world around it is discussed on the basis of changes in social and administrative structures. The second part, “Administration and Business in the Center or Periphery”, consists of the studies on the administrative instruments of the political and economic reforms in the 19th century Ottoman world and the way these instruments reshaped market mechanisms. The third part, entitled “Personal Documents, Public Prints and Medical Approaches”, contains articles on personal narratives, diaries, travel notes, and the Ottoman press. The final part, which discusses the military and geopolitical strategies that the Ottoman Empire followed throughout its journey from a principality to an empire, is entitled “Warfare and Intelligence”.

In the book, a panorama of the empire’s lifestyle is manifested, and the course of history is outlined from various perspectives. It analyses the story of the Ottomans based on various personal, communal, social, economic, and military affairs.