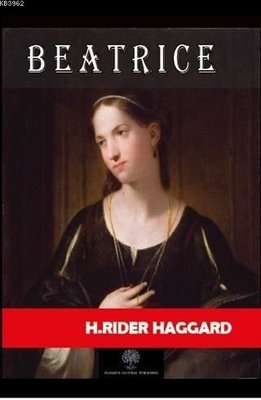 “That to the right led to the sitting-room, that to the left to the dining-room, both of them long, low and narrow chambers. Following the passage down for some seven paces, it terminated in another which ran at right angles to it for the entire length of the house. On the further side of this passage were several bedroom doors and a room at each end. That at the end to the right was occupied by Beatrice and her sister, the next was empty, the third was Mr. Granger’s, and the fourth the spare room. This, with the exception of the kitchens and servants’ sleeping place, which were beyond the dining-room, made up the house. Fires had been lit in both of the principal rooms. Geoffrey was taken into the diningroom and attended by the doctor’s assistant, and Beatrice into the sitting-room, and attended by the doctor himself. In a few seconds the place had been cleared of all except the helpers, and the work began. The doctor looked at Beatrice’s cold shrunken form, and at the foam upon her lips. He lifted the eyelid, and held a light before the contracted pupil. Then he shook his head and set to work with a will. We need not follow him through the course of his dreadful labours, with which most people will have some acquaintance. Hopeless as they seemed, he continued them for hour after hour.”